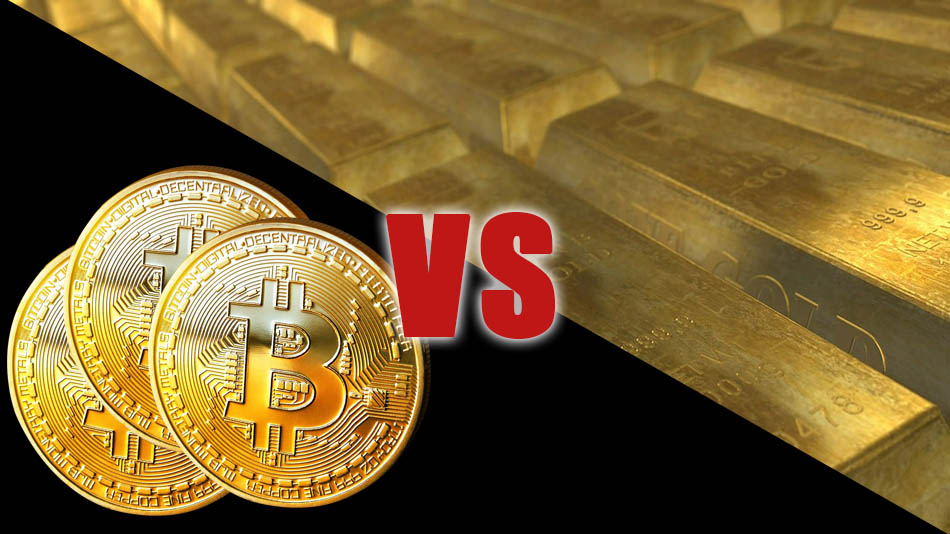 Bitcoin vs Gold: Which is the Better Long Term Investment?

In unstable economies, it’s not uncommon to seek some kind of a hedge for your wealth. Gold has always been at the top of the list, because it always tends to be sought after, therefore it has always retained a kind of residual value. However, Bitcoin is looking to change that.

Traditionally, cash reserves or savings would tend to just sit around. Whether it’s the cash under your bed, the money you have sitting in a savings account accruing what amounts to peanuts over the course of a year, or a gold coin or two, these things have never been known as dynamic places to store money. And many were comfortable with this notion: the idea of a hedge is a stable place where wealth can be stored reliably. During times of fiat currency decline, gold, regardless of how little it actually does for a person’s financial future, was seen as old reliable.

Things have been trending differently, however.

First is simply that gold is slowly garnering a kind of stigma. While many still appreciate it, for others, it can be seen as tacky, or even unreliable. Many financial industry giants and jewelry companies have been fighting this creeping image for years. They are holding their own, though slowly, there does seem to be a kind of resentment or distaste appearing for gold. Not as dramatic as what has happened in the diamond industry, but it is notable. Dozens of articles can be found online where gold jewelers and banks defend gold and laugh at the notion of it falling out of favor or being “tacky,” yet, as we all know, those articles wouldn’t have needed to be written if nothing were wrong. Their fervent attempts to clear the air reveal that gold as a financial platform may be in jeopardy.

This is likely due, mostly in part, to Bitcoin.

Whereas gold just sits in your safe doing absolutely nothing, Bitcoin is a useful, ever-expanding dynamic wealth platform that is rapidly accruing value at the same time that more and more uses for it keep popping up. As a hedge against American Dollars, it is extremely powerful. Gold, granted, is more stable, but Bitcoin is making waves in just about every sector of the financial industry. People are taking notice, and the more people that take notice, the better Bitcoin will be in terms of a place to “stash” cash. The best part is, unlike gold, your Bitcoin may actually be useful in times of crisis. Instead of it being mere leverage with which to possibly trade and barter in a “hyper-inflated” fiat doomsday scenario, Bitcoin would allow you to purchase items all over the world, easily trade out to other, stronger currencies, and perform various digital tasks, without the need for money entire. It essentially will enable “digital” bartering.

The Potential Worth of Bitcoin

There has been much speculation recently about just how much Bitcoin will be worth down the road. I’ve seen realistic figures of $100,000 per BTC in ten years bandied about, and as we all know, even $1,000,000 has been uttered from a few lips, although that might be bordering on absurd. What we do know is, all indicators point toward much more accrual for Bitcoin over the coming years. Regardless of fluctuations and “mini-controversies”, such as the China not supporting trading debacle, one thing is pretty much certain: the sky’s the limit for Bitcoin and cryptocurrency in general, making it an extremely powerful alternative to gold.

Does gold accrue over time? Yes, especially recently with the relatively unfavorable outlook of most fiat currencies around the world. It especially seems to accrue value in times of crisis. But these amounts in the grand scheme of things are usually quite small, and at the end of the day you are just left with a pretty gold rock that doesn’t do anything for you outside of giving you economic leverage in a crisis.

It may be time to invest smarter, and Bitcoin definitely fits that slot perfectly.

We also have to look at global trends, as well. Gold has certainly proved that it can stand the test of time and be reliable in a pinch, but we are officially in the digital age, and when disaster strikes or when a fiat currency collapses, people are still going to be seeking digital services as well as physical. Bitcoin is positioned to provide a more well-rounded set of services during times of crisis, because it is decentralized, recognized everywhere, effortlessly traded, and has uses in and of itself that gold simply doesn’t have.

If you are looking for a place to put some of your wealth and up until now you have been unsure whether or not to place your lot with Bitcoin over gold, I would say this. Place $1000 of savings into Bitcoin today, and buy $1000 worth of gold today. Come back next year and tell me which made you more money and which has more raw value on the market. Pro tip: it won’t be gold.