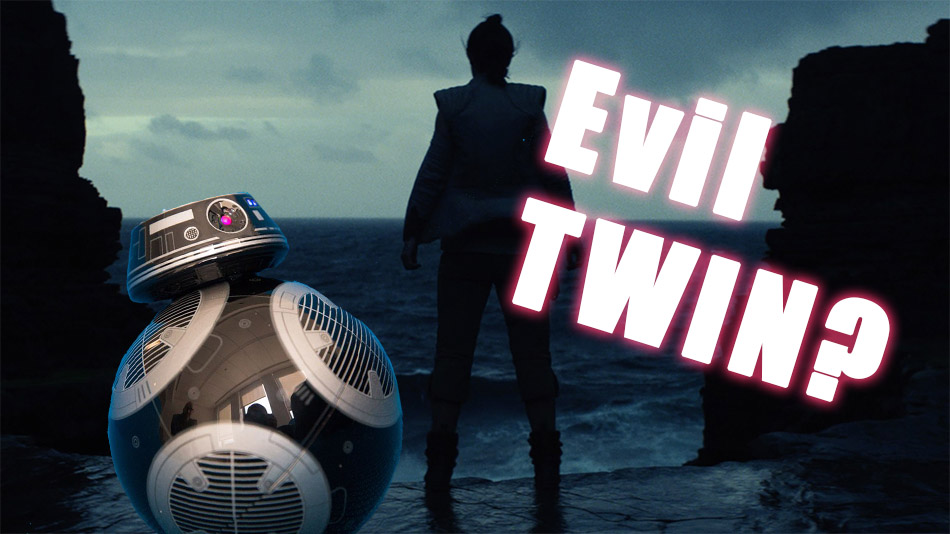 Hyped for the new Star Wars movie yet? With everything going on these days, it’s easy to forget that another major edition to the Star Wars franchise is only months away. As with all of the other installments before it, we were expecting new characters, and it looks like The Last Jedi isn’t going to disappoint. It was revealed today that we are getting some kind of evil BB-8 astro droid, and I couldn’t be more thrilled.


This might sound like small potatoes for people who aren’t die hard fans of the franchise, but the droids have always been one of the strongest elements of the Star Wars universe. The back-and-forth between C-3PO and R2-D2 in the original trilogy was the perfect comedic relief, and they were just as charming in the prequels, which added a stronger enemy robot presence than the originals ever seemed to have. And of course, The Force Awakens gave us BB-8, perhaps one of the most well-loved characters of the entire series. K-2SO from Rogue One gets an honorable mention, despite the movie not exactly being a part of the main series, that droid stole the show.

The Star Wars universe is gigantic, with tons of characters, locations, and lore, and if anyone has ever dived into the expanded universe outside of the main string of movies, they would know that droids and other types of robots play a huge role, so it’s nice to see them give this a shot. If you really think about it, it’s a genius move. BB-8 was a smash hit in The Force Awakens, so if they are able to create some kind of similar-but-bad version of this character, I could see support it taking off. Hollywood needs more smack-talking robots. BB-9E might just beep and squeak, but knowing Star Wars droids, it’s going to have more personality than half the human cast, so we have that to look forward to.

This just adds to the excitement built up around the movie – will this little guy be Kylo Ren’s partner? Or will it incidentally fall into the hands of the Resistance? Either way, we’ll have to wait and see what Lucas has in store for us.