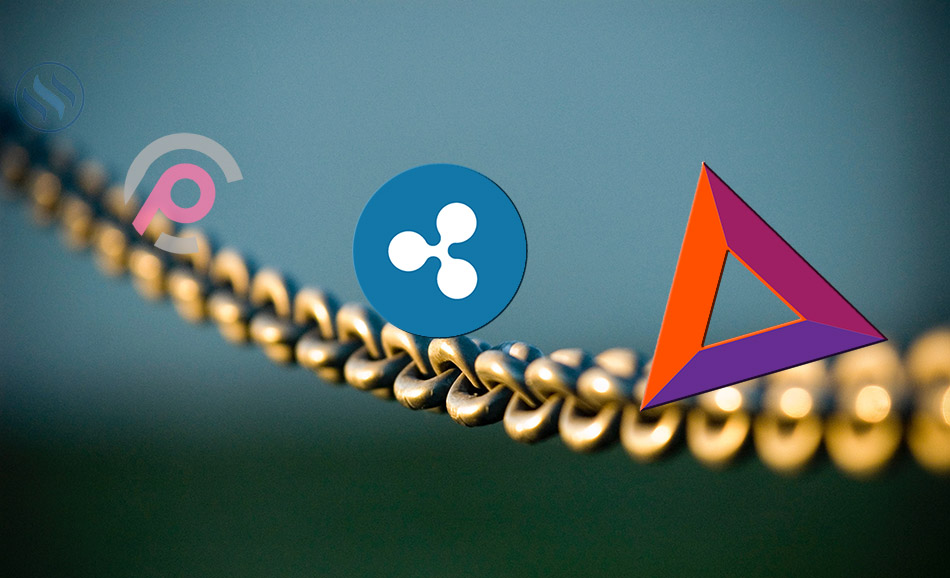 The crypto market has been turbulent as ever, and traders everywhere are asking, what are the best altcoins to invest in? This can be especially harrowing when you realize new altcoins are popping up every day. Now that we see Bitcoin correcting itself after the Bitcoin Gold fork, be prepared for Altcoins to make a push once again. Many alts are expected to rise in value over the next couple of months as everybody waits to see what will happen with the various Bitcoin platforms. This is not to say that Bitcoin isn’t a sound investment right now – I would wait a couple of days until the dust clears from the fork, and then dive right back in with incremental dollar-cost averaging. However, during these periods where value is leaving Bitcoin, it always ends up right back into the altcoin markets.

So that leaves us with the question at hand, which alts are worth putting our money into as we close out 2017?

An overall underrated crypto, yet has all the tell-tale signs of longevity. First and foremost, it has a decent purpose and gameplan for its future. Iota is basically a blockchain specifically for IOT devices, which are set to become one of the most sought after kinds of tech this holiday season and beyond. They also have a pretty great team, which helps.

You can grab Iota fairly cheap right now, around $0.46 as of today. Expect this number to increase significantly or perhaps even double by years end.

Who doesn’t like BAT, right? Well, not everybody has been hot on Basic Attention Token, but it’s still one of the most solid crypto platforms out there right now. Solid team, it’s been around, and it is backed by the power of digital advertising. It’s all a matter of people investing in it at this point. As we have already seen, it takes awhile for alts to garner the kind of support Bitcoin enjoys, but solid platforms eventually get it.

The signs are there: Basic Attention Token will likely be worth more than a dollar within the next year. That means as of right now you could literally 5x your investment. Many people predicted BAT would be hovering around $2.00 by the end of next year, and nothing has changed since then. Basic Attention Token is also a useful coin for day-trading. It follows trends pretty reliably since it is a coin that’s been around. If you learn why it dips and why it takes off, you can with relative surety predict its small ups and downs and make marginal gains off of it in the short term.

Not much to say about this coin other than it is incredible, and probably one of the biggest sleeper coins right now. First of all, you can literally grab it for pennies on the dollar. It’s hovering around at a nice $0.018, so about five are equal to one cent. Perfect entry crypto if you’re looking to throw some money into and sit on.

But what really stands out about Pinkcoin? Well, it’s a platform that is based around charity, if you can believe that. There are actually not many other altcoins that are like Pinkcoin at the moment, which makes it an especially interesting platform with potential for huge gains. They also have one of the best teams in crypto right now. Simply awesome people who seem to have a handle on what they are doing.

Pinkcoin runs on a blockchain pool system that is powered by Pinkcoin’s unique side-staking model. You can actually see your donations on the blockchain, and watch your tips and those of others as well. Everyone that takes part in the system has the ability to participate in this philanthropic network, and on paper it looks completely solid.

Unless something drastic happens, or another coin comes along with a similar but better model (quite possible in the world of crypto), then PINK is likely to sharply increase in value in the not too distant future. One thing to keep in mind with it is that Pinkcoin is extremely new to the market. Having only been released a few months ago, it is still in its initial stages. Once it is looked at as a more sound investment by the masses, its value will no doubt blast off.

An altcoin staple this year, there’s no reason to think that Ripple won’t make significant gains in 2018 and beyond. The most promising thing about Ripple is simply its technology. There’s not really anything like it out there in terms of competition in the crypto market. That’s not to say there won’t be, but as of right now, Ripple stands alone as a solid method of value exchange, in a world that desperately needs it.

Ripple is another cryptocurrency that is relatively new, and thus earlier this year it was surrounded by hype, which shot its value up somewhat. Now that it has stabilized, it follows rather closely to many of the main altcoin trends. Its strength as an altcoin rests in its potential usefulness. As we see more banks and payment outlets get curious about Ripple, we’ll see its value slowly creep up over time. This is a perfect coin to invest a decent chunk of expendable income in. Just sit on it and wait. Currently its price rests at about $0.20, and Ripple is almost certainly a coin worth more than $1.00, if not >$5.00 (as many experts say), which means the potential for returns is simply massive. Just be patient.

There’s really nothing else out there quite like Steem. It’s a continuously evolving platform that has a multitude of functions, most notably that it’s tied to its own social media system. The allure of Steem is that it is already well into being a “popular” coin, yet without the price tag. Projections put Steem well into the $5.00 range and beyond. Because of the awesome people backing it, and the pattern of its growth, many experts say that the sky is the limit for Steem. What does that mean in terms of investing though?

I wouldn’t day trade Steem unless you really know what you are doing. It tends to be a volatile coin susceptible to hype. It’s also suffering from some bad press due to unmet expectations in regards to its initial value this year. You take a look at the entire package that comes with Steem, and it’s clear that it’s worth investing in, so if you are looking for an alt to sink some spare money into for potential long-term gain. this might be the one for you. It’s a steal right now for about a dollar a coin, and since we know Steem has already reached 2.5x that amount of value before, it’s likely to surpass that in the long-term once the crypto market cap increases going into 2018.

There are a few other coins that are worth a look going into 2018, at least in terms of dropping some money on them and sitting long term. There’s Antshares (NEO) of course, as well as Verge (XVG) and Siacoin (SC). NEO has been in the news on and off for its merits as well as its disappointments. Many experts are convinced this coin is going to the moon within the next year. I personally don’t mess with it yet, but in terms of a “fad” coin that has potential to break out in 2018, it fits the bill pretty well.

I like Verge and Siacoin for one main reason: they are coins with solid platforms that are incredibly cheap at the moment. Both coins have >$1.00 potential yet are currently worth fractions of pennies. If either caught the eye of a big investor or ended up in the rumor mill, the gains would be stupid big. At this point, I don’t care what you trade or invest in, it would almost be criminal not to have a couple dozen of these coins stashed for a rainy day.

The coming year is sure to be a breakout year for crypto in general. With Bitcoin becoming a household name in 2017, we’re soon to see a wave of new blood in the altcoin market that is going to be extremely favorable to good platforms. Newbies to crypto are going to want to place their money where it counts, where they can trust they are making a relatively sound move. These vetted altcoin platforms are going to be what attracts them, and when they pump all that new money into the market, some of these coins, if not all of them, are going to explode.