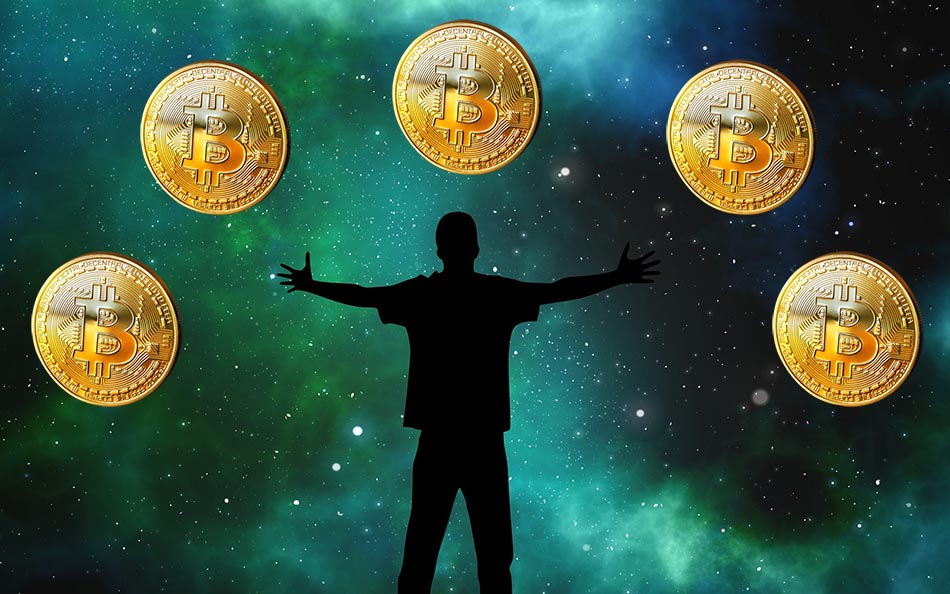 As many traders and investors, including myself, predicted, Bitcoin has skyrocketed past $10,000 and has now touched an unprecedented $15,000 as the digital currency gains more traction and support. We’re one week into December and Bitcoin has already made headlines, with various endorsements all across the board that have investors salivating. Despite it’s huge hike in worth, it’s not too late to jump on the Bitcoin Bandwagon.

Patience is the Key With Crypto

It’s important to keep perspective when looking to get into crypto right now. The market cap is exploding and values are fluctuating wildly. There is a trend though, and it’s that Bitcoin is going to the moon, and carrying a lot of the entire cryptosphere with it. This means that even at a whopping $15,000, you could still jump into Bitcoin right now and just HODL, and you would still stand to gain massive profits. We have no way of knowing just how much this thing will be valued next year at this time. Many earlier this year were being scoffed at for suggesting Bitcoin might be worth $40,000 next year at this time, and at Bitcoin’s present rate of growth, that actually seems like a low-ball estimate. So even at that price range, you could double your investment or more. There’s definitely still room for growth.

However, my advice would be look into altcoins while waiting for Bitcoin to dip. It WILL dip soon, that’s almost a guarantee. Just how much it will go down is again, subject to how much FUD is in the water, and whether or not sources of said FUD are credible. We can expect some kind of sizable dip ($2000 – $4000) within the next couple of weeks, due to market correction or dumping alone, and this should be your time to strike. If you buy in at say, $12,000, and it happens to go lower, no worries. Even if Bitcoin dipped down below $10,000 tomorrow, I would not worry about going all in and scooping up a ton of coins, because at this point we know it’s going back up. In fact, there’s no reason to think $15,000 is a ceiling. This number is arbitrary.

What does this mean for the potential value of Bitcoin at year’s end? Well, at its present rate of growth, coupled with the favorable news that has been coming out about crypto lately, $20,000 is a real possibility by January. Again, take these values with a grain of salt, since they are getting ridiculous. What you need to pay attention to are the percentages. First of all, as Bitcoin grows in value, its USD “value” may appear to fluctuate more, but this is an illusion brought on by the fact that small percentage changes at such a high value result in big numbers: hundreds or even thousand dollar swings. Now that it’s at $15,000, the swings are going to appear perilous. Don’t be swayed. You could even say that the swings are healthy, as it indicates a vibrant, healthy trading environment, and that’s what we want. As long as there’s plenty of trades being made, it means the coin is being valued and is sought. That’s what creates the value in the first place.

Is The Bitcoin Hype Legit?

With these dramatic price increases you have the inevitable slew of people who live on FUD. It’s a massive bubble, it’s all going to crash, etc. Well, regardless of their opinions, we know that Bitcoin is here for the moment. You can make money on it now, and that’s what matters. As far the real longterm is concerned, we are in all likelihood looking at the tender beginnings of a true currency revolution. A decentralized trading of worth platform that doesn’t rely on banks. For all we know, Bitcoin might be the foundation for an entire system of wealth that banks can’t even touch. The sheer demand for such a system is outstanding, which means, until something better comes along or laws are drastically changed in order to limit such things, Bitcoin is here to stay.

So in other words, the hype is real. Though the value may appear inflated, you have to look at the actual worth of the coins and the worldwide demand that is growing for them. As long as people want them, and more people discover it and buy in, the price is going to go up. There is a very real possibility that these numbers don’t represent Bitcoin’s actual potential value at all, that we’re just in the very initial stages. So that means its worth is going to double, triple, and quadruple. It already has and it will do so again.

What does this mean for investment purposes? Only that, if you treat Bitcoin like an investment, that’s what you’re going to get out of it. You don’t need to watch the highs and lows and learn day-trading if you don’t want to. A surefire bet at this point would be to scoop a bunch of it up and just sit on it and see where it goes. Sure you may make a ton of money doing micro-trades, but that’s a skill in and of itself, that isn’t even necessarily dependent on Bitcoin being worth a lot. You can make money trading crappy stocks and altcoins. It’s a different system. So don’t feel pressured into becoming a trader. Crypto is a legit investment, and sitting on it is perfectly fine. Nowhere is this a more sound philosophy than with Bitcoin. It’s perhaps the most stable and solid “investment” on Earth right now.

I’d be putting 5% of all income into Bitcoin right now as an alternative savings account and investment platform. Your returns, if you start now will be nothing short of outrageous. You can wait for the dip, if you want, but the bottom line is, as far as investments go, Bitcoin is it.

Further proving the absurdity of the Bitcoin and crypto market right now, before I could even get this article out and circulated, Bitcoin surged past $16,000 and is eyeing even higher ground. A correction is almost certainly going to follow, but the point must be made: there is no stopping Bitcoin right now. Even if you’re not that into the idea of crypto and have never traded stocks or crypto in your life, it’s time to get in and ride it awhile. Even if you don’t know much about finance and are looking for an easy investment and place to store some extra expendable income where it will grow better than in a typical bank savings account. Bitcoin all the way.

I caution buying at the current price, though ultimately it’s up to the individual investor. Keep in mind that if we see $20,000 this week or next, the likelihood of a correction back down to around last week numbers is a near certainty. Waiting for the dip, however, might cost you if you know how to day trade. Research the market and choose your path.

If you are completely new to crypto and don’t yet know how to purchase Bitcoin, refer to this article here. As an added bonus, you’ll learn how to purchase and trade other kinds of coins as well.

It’s looking like a wild ride as we close out 2017. Don’t be left behind: get in as soon as the moment is right, and not a second later, or you’re in for monumental regret down the road.