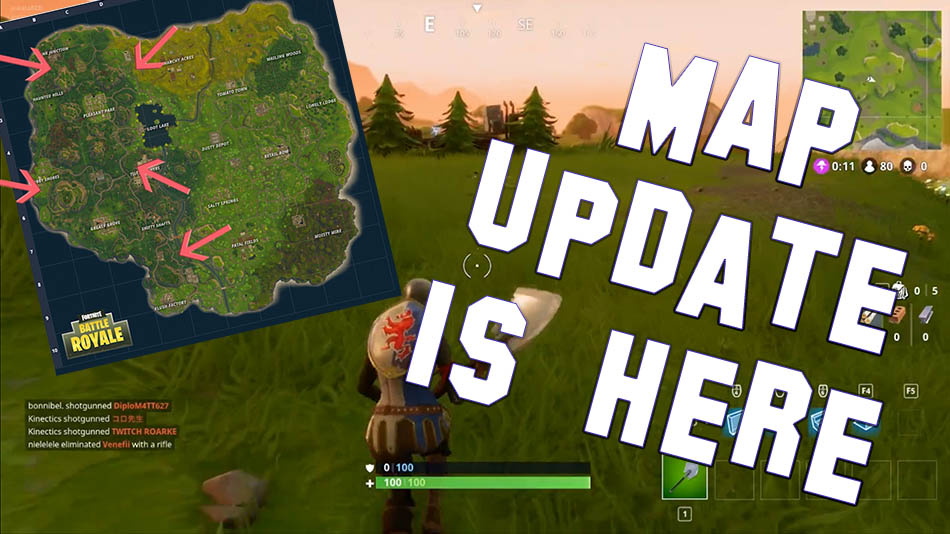 The hype surrounding the new Fortnite: Battle Royale update has been growing toward a fever pitch. Now with the announcement by Epic that the long anticipated map update is coming with a host of new features and bug fixes, including animation updates, building mechanic tweaks, and more, the community is just about dying to get their hands on this thing.

For anyone who doesn’t already know or who has been otherwise living under a gaming rock for the last month or so, Epic Games informed us weeks ago that updates were coming for the map to Fortnite. Now, some could argue that this wasn’t even necessary. While the western side of the map did have fewer named locations than the east, it was still a fun, diverse area that yielded decent loot when you knew where to look. There was the added factor that dropping to Pleasant Park was always something of a risk. While the suburban town had some of the best loot spawns in the game, it was also in the middle of nowhere, meaning that if you happened to come out on top after fighting several battles there early game, you might have to traverse a good chunk of the map in order to find more health, shields, and materials.

This disparity has been put to rest, however, as the new map was recently leaked, and by all accounts it makes the west part of the map more interesting and dynamic than the east, if the new locations live up to the hype. 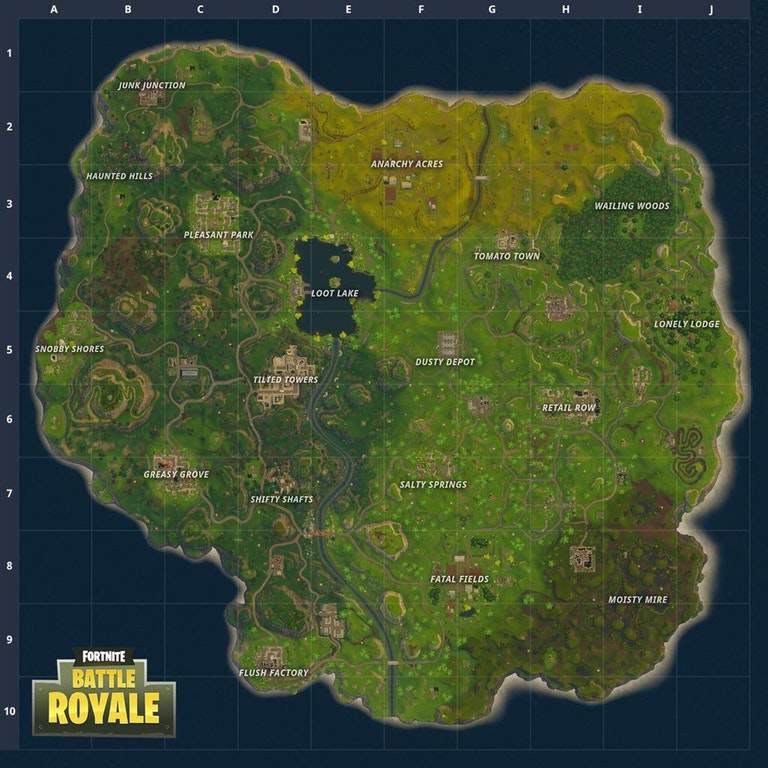 The new map shows us a staggering 5 new named locations, as well as additional and quite large unnamed locations, including what looks to be a huge industrial area northeast of Flush Factory, and possibly another similar area between the new locales of Snobby Shores and Tilted Towers. These unnamed locations are intriging in and of themselves, because some of the unnamed locations that are already present in the game are some of the biggest and most interesting parts of the map. These would include the central “factory” area north of Salty Springs, the Prison, the Shipping Containers, and the RV Lot.

The named locations are also a treat. Epic teased us with the brand new city, which promises to be a hot spot due to its verticality and likelihood of amazing loot spawns. They also, just this past week, mentioned the new junkyard and mine to us. The other areas, apparently a ritzy residential area to the far west, and the mysterious Haunted Hills to the northwest, are a welcome surprise.

These new updates to the map are only part of the story though. Patch notes released today by Epic Games informed us that a huge range of tweaks and bug fixes are accompanying this patch. Everything from a buff to the Scoped Assault Rifle’s scope, to water physics, building physics, launchpad glitches, the ghost bullet issue, pop-in issues, and even loading times, have been addressed. Apparently the framework of the entire game has been tweaked to reduce load times and make the game faster and less resource intensive overall, which is an amazing feat considering how many players crowd the servers all day, and how fast this game already is.

Here’s just a few of the many cool updates coming along with the map patch:

This is just a fraction of the updates. The fact that they didn’t just write off the old locations and decided to balance an area like Dusty Depot is another example of the attention of detail Epic is pouring into Fortnite.

There will also be updates to the cosmetic shop, from the looks of things they will be upping the rotation so more people will have a chance to get the new skins in one week. There is also a fascinating UI update that will show, in meters, the distance someone is killed with a sniper rifle when their death comes up in the event feed. This means that you’ll know if there is a sick sniper in your game because you’ll be able to see the crazy distances he’s nabbing players at, and it’s also just one more element of competition that will just add more fun to the game. Epic absolutely nailed that.

It’s looking by all accounts that the update is going live Thursday, January 18th, so the hype train is alive and well with no signs of stopping. Another promo video was released this morning hyping everything up even more. It’s easy to see why this game is quickly becoming the most popular game right now, easily rivaling its counterpart PUBG. The quality, attention to detail, physics, charm, and character that this game has, along with its community, makes it a gem among the dross of weak Triple A offerings and tired glitch-fests. Fortnite: Battle Royale is making a name for itself by keeping to a higher standard than its competition. We’ll have to see how the map update pans out and if it lives up to the hype!