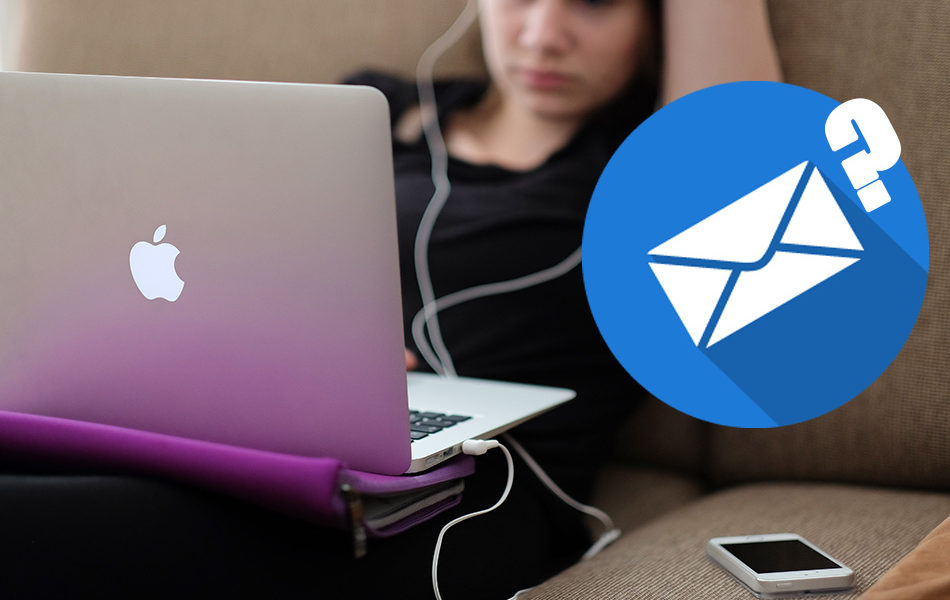 Millennials are Obsessed With Email? Exploring a Daft Article From Forbes

by Matthew Lovett
in Discussion
4 Comments

Ever find something on the Internet so dumb, you just have to comment on it? No, I’m not talking about the vapid cesspool of a Youtube comment section or the unsavory corners of Political Twitter, I mean stuff that’s actually supposed to be legitimate. Like reputable news outlets.

Well, the other day I happened upon another gem in the Millennials Are the Absolute Worst Things to Happen to Earth genre of Internet lore, and it’s something of a banger. A Forbes piece, apparently running with a study done by Adobe, makes the audacious (?) claim that “Millenials are Actually Obsessed With Email.”

The article goes on to claim that “millennials prefer to be contacted by email for work,” and that millennials are a “tech savvy” generation, and are even checking those emails on desktops more than mobile devices. Shocking! It’s actually so daft it’s hard to replicate the tone, so I do recommend you give it a read.

How Did we Get to This Point?

I know there’s such a thing as a “generation gap,” where older people tend to oversimplify and misconstrue the ideologies, goals, and temperament of the generations after them, but come on. “Millennials are obsessed with emails.” Yeah, um, every aspect of our society goes through the Internet. Literally every store has its own email list that they ask you to sign up for. A massive portion of everything we buy comes from the Internet and you need an email to do that. There’s a dozen or more major social media outlets. Our phone plans and our bank accounts are tied to email. You want financial aid for college, or to fill out a job application? Good luck doing it without an email account.

Point is, since when has something that basically constitutes an integral part of our every day lives been called an obsession? This isn’t 1995. Having an Email address isn’t something that only tech geeks and outcast teenagers have anymore. We’re more than two decades removed from the era of Internet obscurity, and you have people writing taglines like “Millennials prefer to be reached by email for work.” Well that’s kind of the way society is structured…? When everyone’s floor managers and team leaders start wanting to Facetime them, you’ll know we’re in a different age. As for right now, Email is the main vehicle of communication between official organizations, customers, and clients, as well as inter-office communication, and has been for at least the last 15 years or more. Was the writer of this article frozen circa Windows 95 and has just now been thawed?

The “Millennials are the Great Scourge” Trend

I’m certainly not the first person who has taken note of this bizarre phenomenon. It’s become something of a cultural movement to hate on “millennials.” Everything that generation does and represents has been poked and analyzed by everyone from pasty corporate hacks to card-carrying sociologists. Often mercilessly. If you read enough clickbait news you might start thinking Millennials sunk the Titanic and kicked off World War 2, such is the depth of their evil. Articles that lament over the industries and trends that Millennials have supposedly “killed” are in no short supply, as well as the opinions on why they are on such a perceived cultural rampage to begin with.

What we are actually seeing is the narcissistic grip to a paradigm that certain demographics of people (including many “baby boomers”) weren’t ready to give up. Millennials don’t eat as much cereal so apparently they’re actively destroying the breakfast cereal industry. Millennials don’t eat out at chain restaurants as much so apparently they’re out to get Applebee’s. These are real articles written by actual humans, in case you were wondering. How daft do you have to be? There’s even pieces out there claiming that Millennials have killed the “9-to-5” work day (as if that were a bad thing). It’s not as if the global economy is a constantly-changing system that, due to the increase in population, inflation of currency, and increasingly high demand for digital services, has naturally lessened the need for typical 9-to-5 manual labor and on-site office jobs. No, no, it couldn’t be that.

It’s important to take this trend for what it is: grumpy and frumpy middle-aged people who are completely out of touch with what is going on around them. It takes a certain level of delusion to pen the words “Millennials are actually obsessed with emails.” I don’t know about you, but I don’t wake up in the morning and think, “damn I need to write some juicy emails. Can’t get enough of those things.” It’s just as absurd an idea as “breaking news: study proves adults are obsessed with going to work and making money.” We’re literally talking about something that is pedestrian as washing your hands before preparing a meal. Clickbait will be clickbait though, and this is the Internet, but this couldn’t just get a pass.

Next you’ll hear about how “young people” are spending too much time on their cell phones…oh, wait.

It’s really time for these antiquated and nonsensical generational paradigms to be put to pasture. If there’s anyone at this point who doesn’t know what email is and what it’s used for, they need to stop what they’re doing, come back down to Earth, and join the rest of us for a couple days. It’s nice down here, we have coffee, and lots of email opt-ins. It’s great.

Look Out For the Next Digital Trends

If there’s people out there shocked about emails and cell phones, their befuddlement is only going to increase, as the world trends digital in every aspect over the coming decade. This is only the tip of what’s to come: anyone who has their ear to the ground knows what’s coming. Fully digitized homes powered with AI, advanced holographic and VR technology, more instant online communication. If there’s anyone out there who cringes at the thought of Millennials using too much email, just sit back and wait until you no longer can order at McDonald’s or start your car without a registered account tied to an email address. We’re not long away from this, and I couldn’t be more pleased. Salty people are free entertainment.