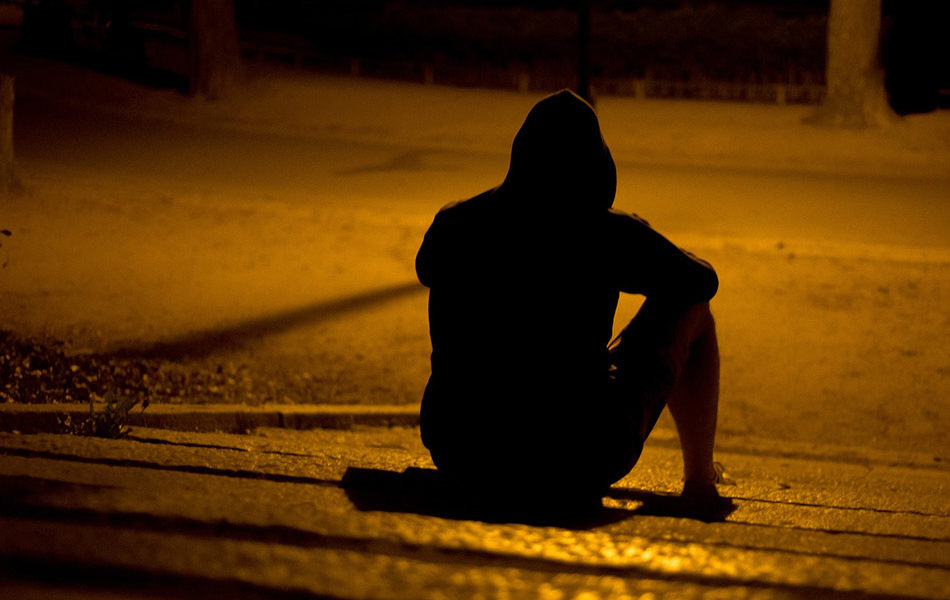 Overcoming Adversity With a Balanced Mindset

by Matthew Lovett
in Discussion
3 Comments

Life is made up of adversity. So how do you meet it head on and overcome it?

If you’re approaching life from the standpoint that attempts to avoid and minimize adversity, you’re setting yourself up for let downs and handicapping your ability to get the most out of life.

Ask anyone who has been through tough times: it breeds character, prepares you for the future, and gives you perspective.

You’re never going to avoid adversity, as it is baked into the way reality functions. Look at the natural world: it is full of adversity. Everything includes a bit of risk, and anything worth doing holds an element of danger and requires a certain level of skill and aptitude to accomplish.

If you’re weighed down by problems, you’re not going to get very far by trying to further avoid problems. Things aren’t going to be easier down the road if you manage to sneak by your current issues. There’s always the next issue right around the corner, and not having enough forethought to see this is why you set yourself up for disappointment and confusion.

The answer rests in your mindset. You can’t change the way reality is structured in order to avoid adversity. All you’d be doing anyway is just being weak, unable to cope with change, unyielding, dull. Adversity is how we grow stronger, it’s what molds us and gives us insight. without adversity we would all just be inexperienced, fearful children.

Adversity isn’t to be avoided, it’s to be overcome, and the only way to do this is through the mind.

I used to be a somewhat apathetic, disgruntled individual. When I was a teenager, I couldn’t be bothered with school, wasn’t particularly motivated to do much of anything beneficial, could barely spell, didn’t read books, and often fell into fits of depression. I was to put it mildly a mediocre person going nowhere and doing nothing.

Then I discovered meditation and my entire life did the quickest 180 you’d ever see.

I learned early on that mindset is everything in life. You might have all the problems in the world, but your mindset will dictate how you overcome those problems. Or whether you allow those problems to overcome you, if that is the case.

The problem with society these days is that not much importance is placed on the mind. We’re always taught to “look outside ourselves” for answers. Find the right job, meet the right person, take the right medication, follow the right diet. It’s all about extraneous issues, but not the core of the problem.

Adversity isn’t the state of having a problem to solve. That is what you have to understand. The feeling of being under adversity is completely mental. It is dictated by your perception.

For example: you can give two people the exact same problem to solve. One will remain cool, calm, even good-spirited, methodically dissect the problem, and provide a solution. Meanwhile the other person becomes anxious, frets, complains, and ultimately caves under pressure, failing the task at hand.

Because the real problem is never physical. It’s you. Your mind. Your perception.

You can dramatically improve the quality of your life just by taking control of your mind and not letting petty emotions and errant thoughts dictate your worldview. This is because the vast majority of your perceived problems stem from the feelings you have associated with these problems, not the problems themselves.

What may seem like a mountain for some people is a tiny little mole hill to others. You often see this disparity when it comes to people who are heavily unaware, or are led solely by their egos. In other words, those who have given up all pretense of dealing with adversity, and instead let adversity “deal with them” in a sense.

Have you ever met someone who goes absolutely ape if someone drops a glass and spills a drink? How about someone who can’t stand being in traffic for more than a minute without becoming a panicked, anxious, obnoxious shell of their former self? Or the person who thinks waiting 20 minutes in line at the supermarket is hell on Earth and will complain about it to you for an hour?

We all know these people. The weak-minded, the weak-willed, the ones who fold under even the smallest hint of adversity. They are the the ones who are the least self-aware, the ones with a perception dictated by the whims of outside stimuli and random events rather than the steady calm of their own mind.

That is the difference between overcoming adversity and letting it overcome you: how well you have your own mind under your control. It’s not about what happens around you, but what happens inside you that matters.

Strengthening the Mind with Meditation

So how do you get to the point where your mind approaches adversity with surety and strength? It begins with meditation.

I’m sure you’ve heard the saying, “the mind is like anything else, it needs to be trained.” This analogy is often used, but it is not entirely accurate. What one should really focus on is “unlearning” the programming society imprints in you.

What meditation does in part, is it allows you to begin “disassociating” with the ego, which is crucial for balancing your mind and forming a healthy view of the world around you.

The ego functions on its own self-made delusions. It exists to perpetuate itself, at any cost. The victims of the ego are the individuals who let their egos run the show. So many people are running around out there and they don’t even know who they are. Their identities are just egoistic projections. They associate “who they are” with any number of meaningless “states of being” and labels based on false societal constructs. This includes physical handicaps, genders, body types, mental disorders, jobs, associated cliques, societal status, amount of money, current diet, current nationality, race, and age.

In reality, “you” are none of those things. Your identity is not a loose collaboration of labels, physical maladies, mental hangups, moods, and biological constants. Your ego, however, thrives on such identifiers. In fact, that is what the ego-mind is: the entire summation of every label you use to identify yourself and thus use to “view” reality through.

A few of these is fine – most people have at least a marginal ego. It becomes a problem when the identity of the ego is such that it distorts the reality around you: such as the case is with people who rely on clearly false and insane beliefs just to function in society or justify their actions.

Not coincidentally, it is often these very same people who are hit the hardest at any sign of adversity. They fold like paper cups because their egos are acutely fragile. Every little thing is a problem, because their perceived reality conflicts with real life in hundreds of little ways. And the ego will never pass up a chance to defend itself if it feels like it or its “reality” is under attack.

Meditation allows you to separate yourself from the whims of the ego and “view” its actions from afar, if that makes sense. What you are doing, essentially, is taking your awareness and focusing it away from the noise that is constantly produced from the ego, and as a result, the ego-mind begins to quiet. Over time, you come to grips with all of the various hangups of the ego, and are able to separate who you are from what it is, and find peace of mind.

At the same time, you’ll find that many things you once thought were difficult, or situations you would have considered to be full of adversity, are just challenges waiting to be conquered and experiences waiting to be learned from. This is the healthy, balanced state of mind that meditation produces. It is one of the secrets of CEOs, star athletes, and entrepreneurs all over the world, and is within reach for anyone.

The Keys of a Balanced Mind

For starters, it lacks the frenetic, distraught energy of the egoistic mind. A healthy mind rarely frets, is not quick to anger or judge, doesn’t engage in petty behavior, seeks to hold no wanton opinions or false beliefs, and exhibits healthy emotional states as a product of its awareness.

Here are some of the marks of someone ready for adversity:

This is a basic outline typical of a balanced mind. It’s important to note that there’s a reason why many positive, go-getter kinds of people seem to act similar, gravitate toward one another, and universally appear to get unruffled under duress and able to overcome adversity when it appears. A

balanced mind is one that is free from the various trappings of the ego, which means that all of the myriad moods, states, and “view points” we often associate with average individuals are a non-factor.

Recognizing this is one of the first steps in taking responsibility for your own thoughts, emotional well-being, and capacity for overcoming adversity. When you give up identifying with beliefs, weaknesses, and transient physical states, you realize that most people have more in common than you think. You also see how truly easy it is to be content and happy, and to be strong in the face of adversity.

The secret is balancing the mind. There are no shortcuts in this.

Want to learn more about taking control of your life and strengthening your mind? Follow me on Twitter.