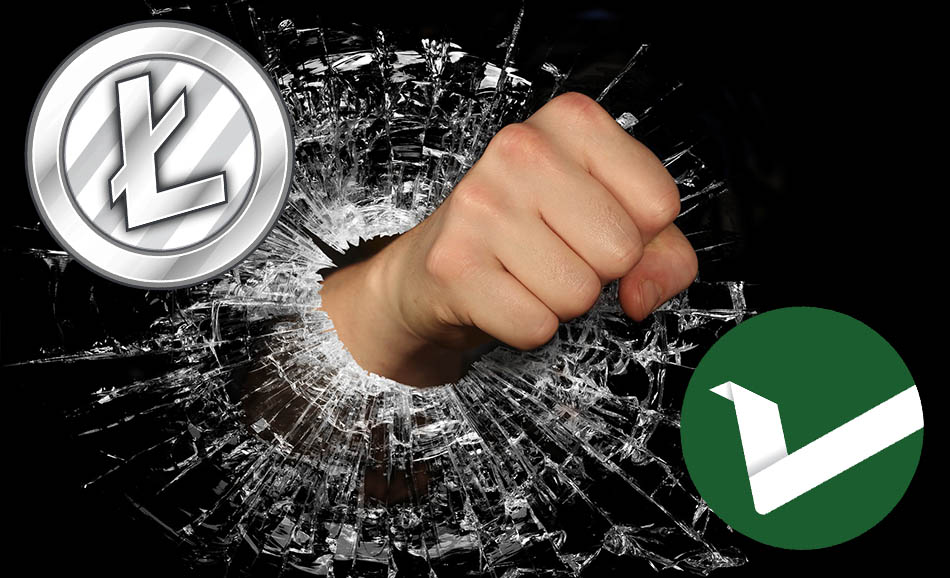 To HODL or Not to HODL? The Best Long-Term Crypto Investments For 2018

With the crypto market in such flux, investors and traders alike are asking the question: what is a solid long-term crypto investment going into 2018?

It’s difficult to single out any one tactic, as even Bitcoin looks like it is fluctuating wildly due to FUD and the cancellation of the Segwit2x split. However, after doing some solid research into what looks promising going into 2018 and beyond, let’s talk Lightning Network.

Lightning Network is a kind of protocol for growing and speeding up blockchains. It was designed to solve some of the technical limitations of Bitcoin (which is also one of the driving reasons for all these forks), but can be used for other blockchain-based projects, and is.

The scaling factor was the first primary motivator for the Lightning Network, as Bitcoin’s nature greatly limits the transaction rate of the network. While Visa can process tens of thousands of transactions per second, Bitcoin’s network is limited to less than 10 per second. Bitcoin simply needs to be sped up: everyone knows this is a major issue, as transaction times are horrendously long in certain situations. This not only aggravates traders, but causes confusion and discourages growth of the platform. Lightning Network seeks to rectify these problems.

So are there any platforms that are going to be able to take advantage of this technology? Indeed there are, and you may already be familiar with one or both of the ones we’ll be going over here: Litecoin and Vertcoin.

Most people who are into crypto have heard of Litecoin even if they’ve never personally dealt with it. There’s not that much hype surrounding it on the surface, and its price rarely fluctuates. It doesn’t pump and dump as hard as most alts, and it is a bit pricey compared to them too. So what’s the deal with Litecoin?

Litecoins were launched with the aim of being the “silver” to Bitcoin’s “gold,” and have gained much popularity since the time of inception. Litecoin is a peer-to-peer internet currency. It is a fully decentralized open source, global payment network. Litecoin was developed with the aim to improve on Bitcoin’s shortcomings, and has earned industry support along with high trade volume and liquidity over the years. – Investopedia.com

In short, it’s kind of like another Bitcoin. It performs much the same function as Bitcoin, but it’s built on different technology that seeks to improve upon some of the issues Bitcoin has. But you may ask, if that is the case, why isn’t Litecoin more popular than Bitcoin? That’s just it, most of the reason why Bitcoin is worth so much is because it was the original cryptocurrency, and holds massive amount of trust, brand name power, and backing. It is, for all intents and purposes, the “model” for all other digital currencies.

That doesn’t delegitimize other cryptocurrencies though, but it does make you stop and take a look at their platforms and purpose in terms of what their worth actually is. One could say that Bitcoin is worth so much due in part because it is simply a decentralized, easily transmittable form of money. That in and of itself is what makes crypto so enticing. Well, enter Litecoin. It’s built with pretty much the same purpose, but on better tech.

And it is going full steam ahead with the Lightning Network in 2018.

Why is that important? Because it makes you wonder about Litecoin’s value as a true currency powerhouse. You can already make the argument that Litecoin is the 3rd most trust-worthy, vetted crypto. It is one of only 3 cryptos accepted by Coinbase, it has been around awhile, and it closely resembles Bitcoin in terms of purpose. Is there a market for it then?

I would say, definitely. As crypto grows, people are going to be looking at solid investments and platforms that have purpose. While Bitcoin is awesome, it’s currently dealing with its own problems in terms of updating and speeding up its blockchain and transactions. Litecoin doesn’t have these problems, and is set to be faster and more efficient than Bitcoin. Some smart money is going to go into Litecoin in 2018, and you should be a part of that smart money.

I don’t think there is a bigger under-valued crypto than Vertcoin at the moment. As soon as the Lightning Network gets going for Litecoin, Vertcoin is following right behind. This essentially means that anywhere Litecoin is accepted or honored, Vertcoin would be able to be used. They are running on similar platforms but provide different functions. They’re like partner coins in a sense, not unlike Bitcoin and Bitconnect. They will rise and fall closely, and Litecoin isn’t going anywhere but up.

As we head into the new year, all the hype around the Lightning Network is going to steadily increase the value of Litecoin and Vertcoin. But here’s the part many investors are missing: Vertcoin is definitely undervalued right now, because it’s simply not a mainstream crypto. As soon as the hype around the Lightning Network itself is more out in the open, all of the smart money that’s in Litecoin is also going to find its way into Vertcoin. In other words, it’s almost guaranteed to rise.

Another feather in Vertcoin’s cap is that it is highly decentralized, making it attractive for anyone to jump in, mine, or invest in. This is important not only for initial trust in a crypto, but for longevity. We’re looking at another “baby Bitcoin,” much like Litecoin was when it first launched.

Few things in investment and business in general are certain, but I’ll tell you this: green tech is the future. Take that to the bank, any way you want to interpret it. Green technology, and by extension, holistic-minded companies and services, are going to dominate the business landscape in the not-too-distant future. Already it’s been declared that the biggest worldwide movement is Veganism (and for good reason), solar power is taking the world by storm and creating millionaires overnight, and it seems like we’re finally leaving this “Puritanical” era, so marijuana is going to be legalized all over the country before very long.

What this means is, any cryptocurrencies that fall into the category of green tech or sustainability, you better believe they are solid investments. Here’s a list of some of the coins that fall into this category:

This is just a sample, but you get the idea. Each coin has their perks. I’ve always been extremely bullish on EverGreen Coin and believe they are a sleeping giant in the crypto-world, despite not many people having faith in it. At its affordable price there’s really no reason not to have a chunk of money in it for a rainy day. Is it going to be worth as much as Bitcoin? Highly doubtful, but it has a solid platform and is somewhat undervalued. It is also a day-traders dream coin, very predictable lows and highs.

Beyond this, marijuana and its legalization is one of the next big industries in the United States, set to create over 300,000 jobs by 2020 alone. The demand is going to skyrocket once more research is put into its medicinal qualities and official herbal supplements and foods can be sold with it included. As of right now, products like this are limited because at the Federal level, marijuana is still illegal, thus, the FDA and related agencies don’t really support it. Once the tables are turned and weed can be added to cookies, for example, and sold in stores, it’s going to be a gold mine. Never mind the herbal supplement aspect of things, which is going to be a multi-billion industry in and of itself. For more info on the coming impact of marijuana investing, I highly recommend this book: International Marijuana: The No B.S. Guide to Investing in Weed Stocks Globally.

All that is to say, industries involved with and related to marijuana are going to ride its wave, and that includes altcoins. Some of the “weed” cryptocurrencies may not seem like strong buys compared to say, Litecoin, but having some extra money in them for a long term HODL cannot hurt, trust me. The potential for exponential gains is too high not to invest.

Let me know if there’s any other alts you’re big on going into 2018 for the long term by dropping a comment below.